Until Next Time, Jon Stewart

I’ve been trying to determine why Jon Stewart’s departure from The Daily Show has left me with all the feels. This is my attempt to come to a conclusion.

We were given the forms to register to vote in our honors economics class senior year of high school. Not knowing a thing about our party system, I turned to my good friend Joe to ask him how he was registering.

“Well my grandma always said the Democrats were a bunch of baby killers, so I guess I’m registering Republican.”

Killing babies sounded like a terrible modus operandi, and to me that seemed like a good enough reason to register Republican.

I, like most high school seniors, was politically apathetic – relying on the opinions of others to form my own beliefs and principles. As a result, I had a very one-sided view of the world.

Then I discovered The Daily Show with Jon Stewart in college, and I’m not overstating things when I say the show changed my life. Jon Stewart taught me to question everything, to not be swayed by the words of politicians, or to let your own personal beliefs dictate the lives of others.

I’m not alone. And this is the most amazing piece of Jon’s legacy: he turned a generation of kids that didn’t give a shit about anything into adults that stand up, speak out, and fight for what they believe in.  He helped us all find our voices, and realize that we didn’t need to blindly believe the things that people spouted as truth. Jon taught us to question authority and form our own opinions based on reason and fact.

Perhaps we would have gotten there on our own. Perhaps our own life experiences would have led us to be the people we are today. But perhaps not. The fact is that Jon Stewart significantly impacted our generation, and the world will be a darker place without him on our television sets.

But as Jon said as he signed off from The Daily Show:

“An artist I really admire said that he thinks of his career as a long conversation with the audience. A dialogue. And I really like that metaphor for many different reasons. But the main one is, because it takes away the idea of finality.

This show isn’t ending. We’re merely taking a small pause in the conversation.”

So while Jon Stewart will never sit down at The Daily Show desk again, the biggest insult that we could give to his legacy is to go back to our apathetic ways; to let Jon Stewart’s absence be the reason to stop paying attention to what our government and elected officials are doing. Now more than ever we need to ask or own questions, draw our own conclusions from facts, and stand up for our principles.

Keep sniffing out that bullshit, friends. And when you smell something, say something. 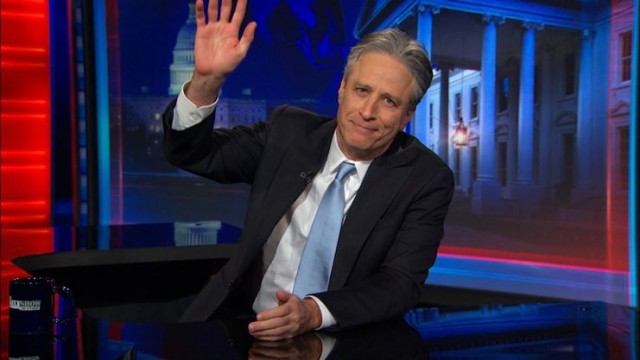